Anthony Castiglione has helped USAA create a portfolio of more than 1,400 patents, all while facing the unique challenges of intellectual property work at a financial services company

When Anthony Castiglione graduated from Angelo State University in 1997 with both a BS and MS in biology, it seemed clear what field he would pursue. But then, in a clear deviation from his “scientific method,” he wound up going to law school.

“I was pre-med and thought I might travel down the scientific road and apply to medical school or obtain a PhD, but it wasn’t until I discovered the opportunity to study environmental law that I decided to become a lawyer,” Castiglione recalls. “I thought I would be an environmental lawyer and apply my biological skill sets to the practice of law, but in my first year of school, I discovered intellectual property law, and thought it was fascinating that you could protect intangible property rights.”

He switched gears and was hooked. He was part of the IP moot court team in law school, later instructed the team as a director, clerked for a judge, and went into private practice. Fortunately, he found that his biology degrees came in handy in his new career.

“In the early days, I had such a strong technical background and applied that—leaning on my chemical background, for example, in respect to semiconductors,” Castiglione notes. “I was able to lean on the courses I took in pre-med when I was writing patents for catheters, heart valves, and other types of medical devices.”

Today, Castiglione serves as the executive director for intellectual property for USAA, a financial services group based in San Antonio, Texas. When he started with USAA in 2006, the company’s patent program was in its infancy. But over the last fifteen years, it’s grown to a portfolio of more than 1,400 patents. Among financial institutions, only a couple have more.

“When I got there, we had just two patents issued and a number of applications pending, and I was hired to prepare and prosecute patent applications,” he explains. “We have always been a very innovative company, but we weren’t protecting our innovations through patents as much as we were protecting other intellectual property through trademarks and just keeping great ideas in the walls of USAA.”

Castiglione is tasked with leading and managing the team that licenses and enforces intellectual property at USAA. “I’ve always worked best when I’m confronted with challenging issues and supported by a group with diverse expert opinions,” he says. Companies like USAA, he explains, have unique challenges in serving its member base. “We often invent through necessity. At one point, it was the only fully integrated financial services company, offering insurance products, banking products, life insurance products, and retirement products all under one roof.

“Because of that integrated nature, I noticed the company had a lot of ideas that had broad applicability across business lines,” Castiglione continues. “You might get an invention that was conceived in the bank but has some applicability to both the bank and the insurance arm of USAA. What we were looking at was not necessarily business method patents but technological inventions across USAA.” 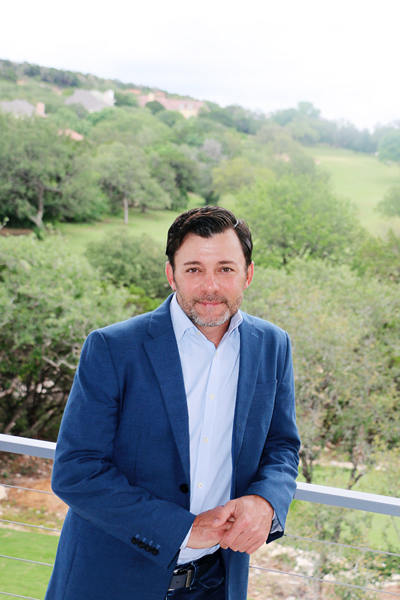 The company created an applied research lab with engineers and developers, and the sky was the limit on what could be created. The lab was full of technology, including drones, 3-D printers, ATMs, and even a gas pump. Out of that was born the transformative remote deposit capture technology that’s become commonplace today.

Julia Ulrich Is a Voice for Change

USAA’s intellectual property unit consists of a team of registered patent and intellectual property attorneys, including an administrative and support staff of seasoned legal analysts and a litigation manager. Castiglione leads the licensing and enforcement group, and there’s also a prosecution group, an IP counseling group, and an overall leader in Charlotte Whitaker.

“Our primary focus is on utilizing our portfolio to benefit the membership, to advance the mission and leverage [the portfolio] to continue to fulfill that mission,” Castiglione says. “It’s a small but mighty team.”

Over the course of the pandemic, employees worked remotely, and Castiglione believes the team actually worked more efficiently. “I think when you’re in an environment as a lawyer where you really have the time to keep your head down and focus, it’s more conducive [to efficiency],” he explains. “In the office environment, you might have different clients sticking their head in. For me, and I think some others, it’s been a much more effective work environment.”

Looking back at his nearly twenty years doing patent work, from his start at a small boutique firm in Minneapolis to his current role, Castiglione believes he’s “seen it all” when it comes to the patent world.

“I spent the first part of my career securing invention and innovation, and then I moved into leveraging the value from those innovations and inventions, licensing and in some cases selling those inventions to others,” he explains. “Then there’s the enforcement arm, and I’ve done that as well. I’ve done it all, and doing it for a company like USAA has brought a sense of true satisfaction to my career.”

Leslie Davis Wants to See Diversity as the Baseline

Ginene Lewis Lifts as She Climbs