It’s in the DNA

When Joe Greenberg joined Walgreen Co. in 2010 to lead the company’s mergers and acquisitions and securities legal functions, both his and Walgreens’ futures probably looked a little different. He was joining a major company, sure—the nation’s largest drugstore chain, to be exact—but one with an entirely domestic focus that had only recently started actively pursuing significant M&A opportunities.

Seven years later, Greenberg holds the title of vice president of global mergers and acquisitions, legal, for Walgreens Boots Alliance—the result of a $35 billion merger that took place over the course of nearly three years and now operates in more than twenty-five countries around the world.

“I don’t know what my expectations were for the job when I joined Walgreens, but I certainly didn’t expect all of this,” he says, alluding to the size and complexity of the transaction that led to the new company. After a moment’s reflection, however, he smiles. “It’s just been fantastic. It’s an M&A lawyer’s dream come true.”

Joe Greenberg says that with expertise in so many territories around the world, he wants to see more integration among Walgreens Boots Alliance’s M&A legal team.

“My focus is on building a cohesive global M&A legal function,” he says. “we have two companies that have a lot of history, and have both now done a lot of M&A activity. Each company has its way of doing things. What I’m trying to do is sort of harmonize that and bring all lawyers in the company that work on M&A to bring in that global perspective.”

Besides institutional knowledge, he says, the payoff is also industry knowledge. “Wallgreens was essentially a retail healthcare company,” he says. “Alliance Boots was a retail healthcare company, but also a very large wholesale operation. Each of us can bring industry expertise, different geographical expertise, cultural expertise, and knowledge of legacy businesses that—when you put it together—can be extremely beneficial to the entire organization.”

It also meant sailing into uncharted waters for Walgreens, which had successfully completed one of its first large-scale transactions—the acquisition of Duane Reade—just prior to Greenberg joining the company. In spring 2011, Greenberg and members of the Walgreens senior executive team went to London to meet with the senior management of Alliance Boots, which was Europe’s largest retail pharmacy and pharmaceutical wholesaler (and also does business in Chile, Mexico, Thailand, Turkey, China, and the Middle East, among other regions). The two sides spent more than a year doing due diligence, researching the other company, and negotiating the terms of the transaction before signing an agreement in June 2012.

Even then, the agreement was still something of a starting point for the eventual merger. Greenberg calls it “deliberately unconventional.”

“We signed an agreement to acquire 45 percent of Alliance Boots, with an option to acquire the remaining 55 percent for a fixed price,” he says, noting that the second step didn’t take place until two-and-a-half years later. “The principal reason was to allow the parties to work together over a relatively long period of time to collaborate, prove that we would be able to capture the synergies we expected to create, and start creating shareholder value for both companies before the deal was completely done. 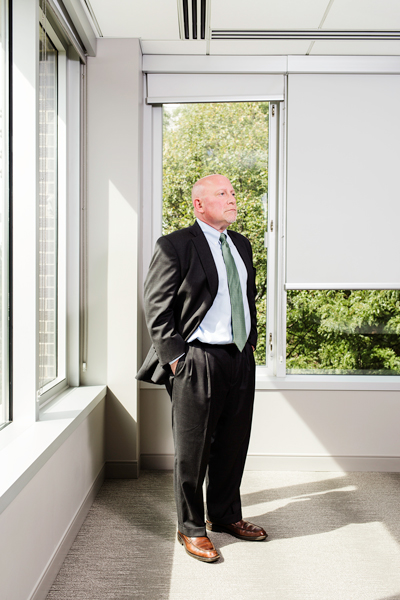 “But both parties had to be mindful of the fact that, until we closed step two, we were two separate companies and we had to do what was best for our individual companies,” he says.

In hindsight, Greenberg says there wasn’t a point when either party thought the deal wouldn’t be fully completed, but it still required a tremendous amount of hard work from both parties to see the deal through. Prior to the June 2012 agreement, he says both companies operated as “two parties across the table from each other, both trying to get the best deal for their respective shareholders.” After the agreement, the process became exponentially more collaborative as the parties created a procurement joint venture in Switzerland.

That hard work was rewarded further in 2013 when a third party, AmerisourceBergen, became Walgreens’ principal US distributor for pharmaceuticals, and also became part of the Swiss joint venture that Walgreens and Alliance Boots used primarily to facilitate the procurement of generic pharmaceuticals. Although the companies hadn’t officially joined together yet, the joint venture demonstrated how they could work together and jointly create tremendous value.

“That was a good example of working extremely closely together even though we weren’t yet one company,” Greenberg says. “You’re in this limbo period where you’re operating as independent companies, guarding against the possibility that the transaction may not happen. But you do need to get about the business of working together to prove that completing the merger makes sense and to capture value that’s there for the taking.”

“I don’t know what my expectations were for the job when I joined Walgreens, but I certainly didn’t expect all of this….It’s just been fantastic.”

It also provided a useful study for Walgreens employees, who were used to a predominantly US-focused company and had to start thinking in terms of bridging various cultural gaps. Greenberg says that because Alliance Boots already operated in various countries throughout Europe and the rest of the world, it was a bit ahead of the game in that regard. Nevertheless, he says, both sides worked from a shared template.

“Both companies subscribed to a pretty common set of values in terms of trying to work collaboratively, being very interested in partnerships, and having a mission of bringing healthcare and personal care products to as broad a population as possible,” he says. “Even if we had cultural differences, having those same values helped us out.”

When the merger was ultimately finalized on December 31, 2014, Greenberg recalls feeling pleased that everything came together as well as it did—particularly as it was not only the largest transaction he’d ever worked on, but also by far the most complex one to boot. (The entire set of documents relating to the transaction comprise ten bound volumes that sit on a shelf in Greenberg’s office.) To add to the already considerable amount of complexity, Walgreen Co. simultaneously became a subsidiary of the newly created holding company, Walgreens Boots Alliance.

“It was daunting at times,” he says. “Just to pull that all together, make it all work and happen at the right time was daunting from a legal perspective and from a financial perspective—but we had a great team on both sides. We had the right people involved.”

Now Greenberg finds himself on a whole new stage. Walgreens Boots Alliance operates in more than twenty-five countries, and the company is looking not only to expand into new territories, but grow in those countries where it already operates. The company has also stated its desire to pursue further large M&A transactions. Given the success it’s already displayed, Greenberg is confident about the future.

It’s in the DNA

Michelle Bogosh Is a Different Kind of Climber