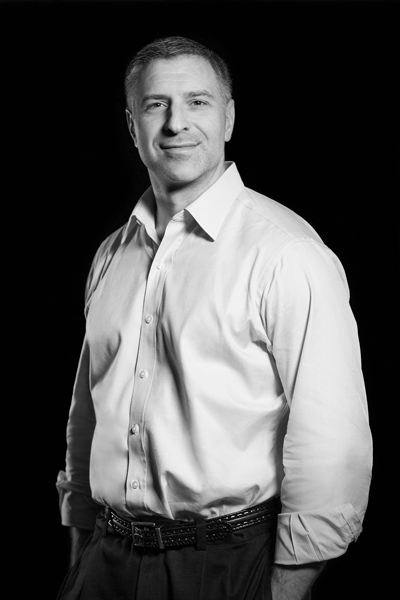 In January 2013, CA Technologies (CA) brought on a new CEO, Michael Gregoire, who had a vision to make the mainframe software company continually relevant. Gregoire wanted to take their preexisting software and add new features and develop software to support the twenty-first century application economy. Ironically, with the evolution of the app economy, mainframe went from being old to new again. Mainframe was, and is, the company’s legacy, which has lasted more than four decades.

But Gregoire wanted to ensure that mainframe isn’t the only aspect of CA’s legacy. Company culture, always a priority for CA, came to the fore. So when Gregoire revamped the software, he also took the opportunity to apply a new approach to the culture. He talked with the executive team, including Michael Bisignano, CA’s executive vice president and general counsel, and they exchanged ideas about what was really critical with the full-circle alteration of their technology.

“[We decided] it wasn’t really appropriate to try to present a whole new culture that would carry us into the future,” Bisignano says. “That sort of artificial imposition of culture usually results in a failure because it tells people what they aren’t, and that’s not what culture is about. A culture is supposed to describe an organization.”

Instead, leadership focused on the company’s successes and defined the culture around it. Before this new approach, Bisignano remembers that the company had a set of corporate values and a mission statement, but he doesn’t define culture in those terms. Gregoire agreed. The terms of the company’s culture that weren’t going to be changed are referred to by Gregoire as “DNA attributes.”

“We already have it here, but we want to celebrate those elements of our DNA that have already demonstrated success,” Bisignano says.

With its DNA in hand, the company came up with a new model for their culture: “CA Technologies breaks down the barriers between ideas and outcomes.” Essentially, it means that the entire company of 11,000 people is focused on making its customers successful. Bisignano says that if the customer is able to achieve their needs, CA succeeds.

By focusing on those DNA attributes, the culture changed to one that’s more customer-focused. The organization directed everything it had done toward creating value for its customers, and it’s had an interesting impact on the legal function (according to Bisignano).

Most people look at the corporate legal department with risk management in mind, which typically establishes an adversarial mentality. Bisignano understands this, adding that relationships then become a zero-sum game, where one side must lose for another side to win. However, with a customer focus, the perspective of risk management takes on a much broader strategic view, which measures success or failure in a mutual way. It’s a bigger strategic picture that changes the interaction legal has with its customers, vendors, and investors.

The legal team put this into practice through a contract form for new customers joining the organization. Bisignano pulled the legal team together and had an in-depth conversation about the contracts it has with customers. The effort became known as the “genome project” because he wanted to reduce CA’s contracts down to reflect the DNA attributes embodied in the company’s cultural principles.

Wanting to forget the existing language used in preexisting contracts, Bisignano focused on how to define the relationship between CA and that customer in light of the concept of mutual success and failure. The result turned out to be plain-language contracts that anyone could pick up, read, and understand.

Another goal of the genome project is to increase CA’s agility and responsiveness to its customers. Its Agile software-development methodology gets rapid feedback from customers when developing new products. Coming in small pieces of functionality, the team tests those pieces in front of a customer and sees if the customer understands the functionality.

The genome project seeks to achieve the same collaborative relationships with customers with the contract form. The new form enables an open dialogue with the customer, whereas the previous structure was rigid, as it was based on a form that was often negotiated before a full relationship between the parties even had a chance to develop.

Bisignano uses a dual role with strategy and decision-making within the cultural approach to bring everyone closer together. As a former investment banker, he mingles his legal and financial background to promote and teach a critical analytical perspective in identifying risk.

“Customers want us to take risks,” Bisignano says. “That’s why they pay us. They pay us to mange their uncertainty. We have to be willing to take on that uncertainty for them.”

The use of his background not only allows him to spot risk, but to evaluate the risks to determine if they’re worth taking. That gives CA clarity and aligns legal with the rest of the company.

Helping people think about risk on a strategic level is challenging. Lawyers are sophisticated and comfortable thinking about risk on a transactional level or with a particular contract, but it’s often challenging for them to conceptualize it on a larger context, as they don’t necessarily look into strategic risk issues. Bisignano is working to bring the team at CA more of that visibility so they’re comfortable with risk as a necessary element, rather than considering it something to be eliminated.

“It’s not just to take on more risk, like going to Las Vegas to gamble, but to be able to think about risk in terms of the customer’s business model—which will make the customer more likely to succeed and, therefore, more likely to renew their contract with us,” Bisignano says. “Risk is the nature of a modern software business. We can’t always anticipate how the business will change, but we can be certain it will change—so it’s an uncertain environment anyway.”

He hopes the new cultural approach will help CA create value for their customers in the application economy, and, in turn, maximize the potential of the employees and company as a whole. With Bisignano and leadership at the helm, this shouldn’t be a problem—it’s in their DNA.