After years of rapid growth at Under Armour, Wesley Muller helped merge and shake up the company’s patent and trademark departments to allow them to work better together 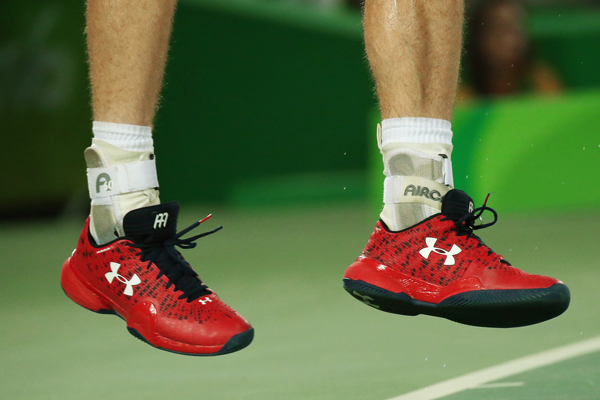 When Wesley Muller joined Under Armour as the company’s first patent attorney, the apparel juggernaut was in the midst of a massive growth spurt. As work piled up around him, he found himself overseeing the creation of a brand-new arm of the business. And, as he built the patent department from the ground up, he did so with an eye on Under Armour’s overall business strategy.

“I knew ensuring that our growth was consistent with the company’s was going to be pretty critical,” Muller says. “Because we could easily outpace our budget with legal services and outside counsel if we weren’t careful and didn’t align what we were doing with what the business needed us to do.”

This careful, conservative approach paid off, and last summer Under Armour made the decision to combine its patent and trademark departments. Muller was suggested to lead the merger as managing counsel, chiefly because of his understanding and demonstration of how the combined intellectual property team could be integrated into the business’s overall strategy. And, now, as the company continues to grow, Muller is working to streamline the operations of his merged departments, which, due to their complex portfolios of IP, had grown used to particular—and very different—modes of operation.

“When I met with everybody and said I wanted to break up our current way of doing things, there was some skepticism,” Muller says. But his plan made sense, and he unveiled his changes methodically after gathering the collective thoughts of his team. “I’m not a big advocate of making big, sweeping changes,” he says.

His first priority was reconfiguring the reporting structure. Previously, the attorneys had divided up responsibility by geographical region. But, under Muller’s direction, trademark and patent attorneys began intermingling, with representatives from one camp strategically reporting to those in the other camp. Now, they’re paired in ways that better align with business considerations. “I didn’t want somebody from the business to have to reach out to four different attorneys within the IP group, depending on where they may want to protect a particular mark or file for a certain patent,” Muller explains. “I’d rather have a single point of contact that can help shepherd whatever work needs to be done with the rest of the team.”

Muller also worked to cultivate a culture of transparency regarding both his department’s budget and its objectives. These days, after allocating funds using historical data as a reference, Muller makes the budget visible to his entire team. “By giving the attorneys visibility into the budget, I find that we make smarter decisions on our outside counsel spending and the resources we put behind different initiatives,” he says. “This way, everybody becomes an owner of it.”

When it comes to the department’s objectives, Muller sets up programs that include members from both the trademark and patent sides and sets clear goals for those programs. For example, he’s brought his junior attorneys together and tasked them with creating a trademark manual that sets consistent guidelines and ensures uniform presentation.

Meanwhile, he’s having his four senior attorneys put together outlines for educational courses for Under Armour’s project managers. “I want to establish some basic processes that we can use and formalize to help their business,” Muller explains. “This way, when they want to submit names for clearance, they know how that process works for us, what the timelines are, and what our expectations are. Getting this information to the technical employees working on the products is critical to make sure we can identify a safe path forward in terms of risk mitigation.”

The educational courses will become part of Under Armour’s company-wide Armour U learning center, through which employees receive in-person and online training in myriad areas of the business. “It’s fairly new but getting more and more sophisticated over time,” Muller says, noting that his goal is to make these courses a requirement for any employee taking on a new role.

It makes sense, too. As Muller’s sought to prove since he arrived at Under Armour eight years ago, it is essential that each and every employee be aligned with the goals of the business.

Military Tactics for the Corporate World

In addition to his time with Under Armour, Wesley Muller has also served as an officer in the Marines. Below, he offers some lessons he learned in the field that continue to impact his day-to-day work.

On leadership: “Any time I took over a new unit in the Marines, I always talked to everybody to get a sense of what they felt they did well and what they felt we could do better on. I gather collective thoughts, synthesize what everyone says, and roll out a plan.”

On decision-making: I learned something called the OODA loop. It’s a four-step decision cycle: First, you observe. Then, you orient yourself on your observations. You make a decision, and then you act. It’s a cycle, and then you go right back into the observation phase. Observe, orient, decide, act.”

On intent: “No plan is perfect, and changes will always need to be made based on personalities, abilities, or business needs. Don’t become married to the plan; just remember the intent.”

“We are proud to be able to work with Wes-—a straight shooter (he was in the infantry!) with a sense of humor and a deep knowledge of patent law.”

Breaking Up Is Hard to Do

John UyHam Has an International Focus

Claire Battle Is a Problem Solver

Paul Cellupica Is Committed to the Cause

Carole Boelitz Is a Change Agent