From myriad legal duties to a watershed visit to the US Supreme Court, Jeannie Lee’s time with Digital Realty has been anything but predictable as she’s helped the REIT grow

How Robin Elkowitz Formed a New Function for Citizens Financial

In November 2017, Jeannie Lee went to the Oscars—or at least what she saw as the legal equivalent of the Oscars.

“Our company had a case before the US Supreme Court,” she says of Digital Realty, the rapidly expanding real estate investment trust (REIT) where she currently serves as senior vice president and associate general counsel. “It was a very narrow issue about a statutory interpretation question.”

A number of people from Digital Realty’s legal department were able to go to Washington, DC, for oral arguments. “There’s a special seating area for people who get sworn in at the court, and we just happened to be among that first group called,” Lee says, her voice brimming with excitement over the memory. “So, a few of us got to sit in the front row. I was just a few feet away from some of the Supreme Court justices. We stood up when they called our name and got sworn in as members of the Supreme Court. Our general counsel described it as a major geek-out moment for attorneys.”

The decision ultimately came down unanimously in Digital Realty’s favor.

Despite being an attorney, Lee never thought she’d be attending a hearing of such magnitude. She never thought she’d be mere steps away from iconic legal mavericks such as Justice Ruth Bader Ginsburg. But, then again, her time at Digital Realty, including her recent work on the company’s many acquisitions, has never been predictable.

When asked what her day-to-day routine looks like, Lee’s quick to correct that there is no routine. “You never know what’s going to come up on any day,” she says. “Some days, you have meetings and calls scheduled back to back. Other days, things come at you from all corners and need immediate responses. That’s one of the things I’ve enjoyed about the job, and why it continues to be interesting after eight years.”

Her comfort in such an environment stems from the fact that she was just one of two attorneys for Digital Realty when she first joined, after leaving her job as an associate at Latham & Watkins in 2010.

“When I say I did a little bit of everything, it was literally a little bit of everything,” she recalls. “When I first interviewed for this job, my boss said, ‘I’m looking for someone who does public company work, securities, capital markets, litigation, IP’—it must have been sixteen things. I didn’t want to be misleading, so I said, ‘I’m familiar with the first three things that you described but none of the others.’”

But, Lee got the job anyway, because her boss preferred an attorney with common sense and a good head on her shoulders over someone who understood every last minute detail of the position. Lee remembers that managing litigation was the steepest learning curve after she started, but she worked at it and caught on.

Her former colleagues never doubted that she would. “Having worked with Jeannie over many years, I’ve come to appreciate her keen ability to build consensus around strategic legal and business objectives,” says Michael Brody, a partner at Latham & Watkins.

Her job at Digital Realty has become much more streamlined since 2014, thanks in large part to the company’s expansion. “Jeannie wears many hats in the legal organization, from managing the attorneys in the corporate department to leading significant M&A transactions to ensuring flawless execution of our numerous securities offerings and capital-raising transactions,” says Digital Realty senior vice president and general counsel Joshua A. Mills. “She is a fantastic lawyer and colleague, always in fine spirit, and we could not do it without her.” 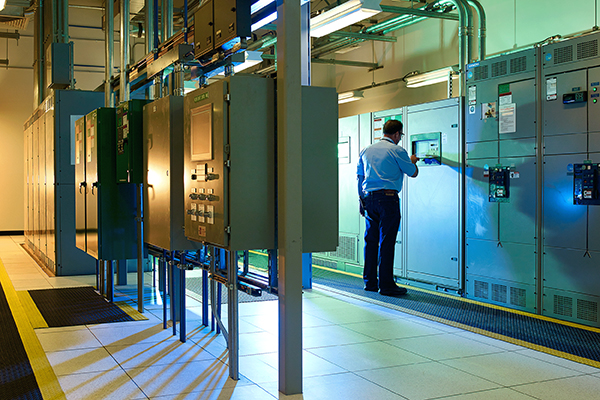 Today, Digital Realty has seventeen attorneys, most of whom were hired between 2014 and 2017. Some of this growth is a result of a string of significant acquisitions in recent years.

“In every year that I’ve been here, we have had an acquisition,” Lee says. “Whether it was a plot of land one year or several buildings that we acquired in separate acquisitions or a portfolio or an entire business, we have been a fairly acquisitive company.”

Magdalena Jablonski Insists on Having a Plan B

Lee points to three recent transactions as being especially important: First, the 2015 acquisition of colocation and interconnection provider Telx significantly enhanced Digital Realty’s colocation presence in the United States. Telx managed twenty facilities and 1.3 million square feet of data center space across the nation at the time of the acquisition.

Second, the 2016 acquisition of an eight-property portfolio in Europe contributed to Digital Realty’s colocation presence overseas. And, most recently, in September 2017, Digital Realty merged with DuPont Fabros Technology. In addition to being the biggest acquisition in Digital Realty’s history, the transaction has solidified its blue-chip customer base.

The M&A deals add even more variety to Lee’s anything-but-predictable job. When asked if she sees another Supreme Court observance in her future, she laughs and says it was probably a once-in-a-lifetime opportunity for her. But, if her work has taught her anything, it’s to never say never.

In addition to managing an often byzantine docket of corporate and M&A work, Jeannie Lee is one of five steering committee members for a women’s leadership forum at Digital Realty.

“Our vice president of cloud sales strategy cofounded a women’s tech forum with colleagues in the industry,” she says. “There was a support and desire from the senior management level here to do something similar.”

Lee says they’ve finalized a structure and have had a few informal launch events across the organization. She’s hoping the forum will eventually provide employees with role models, mentoring opportunities, career-development paths, and a community where everyone can discuss shared experiences. All this will go a long way toward, in Lee’s words, “making Digital Realty an even greater place to work as women.”

Lisa Tomiko Blackburn on the Benefits of a Bigger Comfort Zone

How Robin Elkowitz Formed a New Function for Citizens Financial

Jordan Flournoy Is Blazing His Own Trail

Ben Alley Is on the Cutting Edge of Creation

Magdalena Jablonski Insists on Having a Plan B

Kelli Jones Pays It Forward to the Next Generation