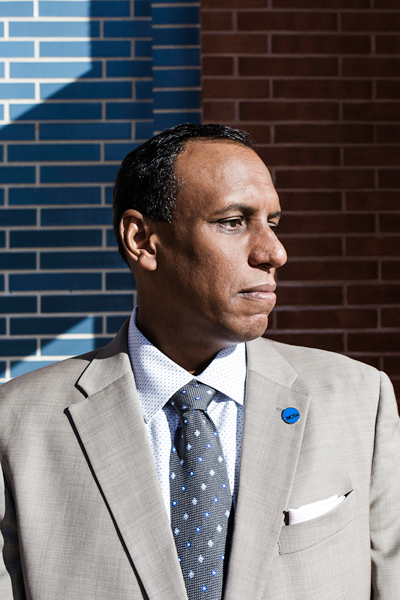 As the governing body of collegiate sports, the NCAA is usually thought of as the body that determines rules and guidelines on everything from the use of shot clocks and timeouts to the color of baseball foul poles. Those perceptions are true, but they only tell a small part of the story. Additionally, the organization pursues significant objectives related to student-athletes’ academics and scholarships as well as health
and well-being. The NCAA also seeks all-around fairness in how the student-athletes are treated within their athletic programs and academic curricula.

Donald Remy, the NCAA’s executive vice president of law, policy, and governance; and chief legal officer, has a unique perspective into all of these different priorities, including the holistic impact they have in the lives of student-athletes.

“Because we deal with such a wide and comprehensive array of factors, managing and improving them and introducing new policies and initiatives is extraordinarily complicated,” he says. “Our guiding principle is always, ‘What’s in the best interest of the students and the sports they participate in?’”

Outside of the gym, field, and training sessions, perhaps the most elemental part of that consideration is how collegiate athletics provide academic opportunities. About 15 percent of NCAA student-athletes indicate that they would not be in college if not for sports.

“Excellence is not an act, but a habit.” —Aristotle

Some critics contend that student-athletes are not subjected to the same academic rigors as their non-athlete counterparts, but graduation rates collected by the federal government indicate that a higher percentage of student-athletes graduate than non-athletes (67 percent compared to 65 percent). When using the NCAA’s Graduation Success Rate (GSR), which accounts for transfer students, 86 percent of student-athletes enrolled as of 2008 completed their degrees by 2014. Additionally, academically focused programs and initiatives, like grants available through the NCAA’s Accelerating Academic Success Program, have accounted for an additional 16,565 student-athletes graduating since 1995, when the GSR metrics were first tracked.

Remy points out that the academic support infrastructure is always evolving to help students get the most out of their educational experiences. For example, the Division I Committee on academics is developing additional means for comparing student-athletes’ academic performance to nonathletes. The committee is also exploring ways to determine how various programs at local levels can effectively identify at-risk students and track academic performance using the most practical and meaningful measurements possible.

With academics in mind, the NCAA changed its eligibility requirements for incoming freshmen in 2016. Students must achieve a minimum 2.3 high school GPA and complete ten of sixteen core courses before their senior year of high school—seven of which must be in English, math, and science.

“Data shows that those criteria make it more likely that student-athletes are prepared for academic and athletic success,” Remy says. “Falling below the threshold doesn’t mean they won’t have access to higher education; just that they won’t be eligible to compete until they find their academic footing.”

Changes have also been made that affect the roughly 150,000 student-athletes who receive athletic scholarships, totaling about $2.7 billion each year. Most significantly, the dollar value of scholarships has been adjusted to cover the full cost of education, which includes not just tuition, room and board, and books and fees, but also other academic expenses, supplies, and transportation.

In a related area, the NCAA provides the Student Assistance Fund for Division I programs. The fund makes $75 million available annually to student-athletes needing financial assistance to cover emergency expenses. This fund, Remy says, helps ensure that players do not risk their eligibility as a result of receiving help from boosters with their own interests in mind or agents who may be attempting to curry future favors.

The NCAA is known for its athletic and academic activities, but much of what it imparts to student-athletes has significant impact away from the field and outside the classroom. Its involvement with It’s On Us, an education and public-awareness initiative of the White House Task Force to Protect Students from Sexual Assault, is one such example. Among other goals, It’s On Us aims to identify the scope of sexual assaults; prevent assaults; engage male students in prevention efforts; and help schools respond effectively in the event of an assault.

A Safe and Fair Playing Field

These endeavors show an organization that continually evolves with its students. Initially, the NCAA was founded to address the safety of football players at the turn of the twentieth century. Today, that concern has extended to all sports, and, in particular, to the growing concern and awareness around concussions and head injuries.

In addition to creating a chief medical officer position and establishing research responsibilities within the Sports Science Institute, the organization is participating in the NCAA-Department of Defense Concussion Assessment, Research, and Education Consortium study. This $30 million alliance includes participation by the National Institutes of Health, the American Medical Association, and more than thirty academic institutions. More than 37,000 male and female student-athletes are expected to participate in the fifteen-year study, the largest-ever longitudinal study of concussion and head injuries.

As part of the study, preseason evaluations will be provided, as well as ongoing examinations in the event of a traumatic head injury. Twenty-five percent of the funding is devoted to educational efforts to change concussion safety behaviors and the culture associated with concussion reporting and management.

“Mental health is often forgotten in the face of physical injuries, but we believe it’s important to create a safe space for students to discuss it, to remove the stigma around it, and to provide our membership with tools to help young people be strong in mind and body.”

Off the field, the Sports Science Institute is prioritizing mental health for student-athletes.

“Mental health is often forgotten in the face of physical injuries, but we believe it’s important to create a safe space for students to discuss it, remove the stigma around it, and to provide our membership with tools to help young people be strong in mind and body,” Remy explains.

The NCAA also strives to create a fair environment, which includes honoring commitments made to its athletes. One recent change to support that endeavor has been guaranteeing the financial obligations promised by athletic scholarships. Student-athletes who have scholarships are now able to continue their education and obtain their degrees, regardless of injury or athletic performance.

That sense of fairness spurred changes in eligibility requirements for individuals who attempt to move to the professional ranks before graduation. Players can now still play for their collegiate teams after a transition to the professional level, but only after removing themselves from professional consideration.

“There were too many students who assumed they would go pro and then lost their path to a college degree,” Remy says. “We made adjustments so they can make more fully informed decisions about their prospects and educational opportunities.”

With such an expansive mandate and variety of stakeholders, the NCAA changed the Division I governance structure two years ago to ensure even more comprehensive representation. The NCAA Legislative Council and NCAA Leadership Council were combined to form the Division I Council, which addresses legislative and operational issues. (The Division I board, by contrast, addresses broader strategic concerns.) The makeup of the board has also been expanded to include an athletics director, faculty member, a female athletics administrator, and a student-athlete. These participants and practitioners join conference commissioners to help make decisions that guide the NCAA in practical, forward-thinking ways.

As Remy points out, all potential legislation goes through a process that is much like getting bills through Congress: extensive discussion and debate, thorough vetting, and varying lengths of legislative cycles in order to reach consensus. In all cases, he characterizes it as “a full airing of all the voices of the conferences, the universities, the public, and student-athletes.”

As the process is open to public scrutiny, Remy adds that decisions can’t be taken lightly.

“Everything we do happens in a fishbowl,” he says. “Even if there are ongoing lawsuits or we’re waiting for a judge’s determination, we always evaluate policies and decision-making with what’s in the best interest of students and student athletics in mind.”

Lawsuits even arise when NCAA members voice their opinions on an issue, causing an outpour of public reaction. For example, one particular action was filed on antitrust grounds related to awarding renewable, single-year scholarships. It was successfully defended at the same time the NCAA completed a transition (that was already underway) to award multiyear scholarships. However, the same plaintiffs’ attorneys then filed a separate lawsuit aimed at the multiyear awards on different antitrust grounds.

“We vigorously defend litigation, but from a legal and internal legislative perspective, we often have to walk a fine line to maintain balance among all our priorities and stakeholders,” he says.

With Remy on its team, the NCAA will be ready for any play.