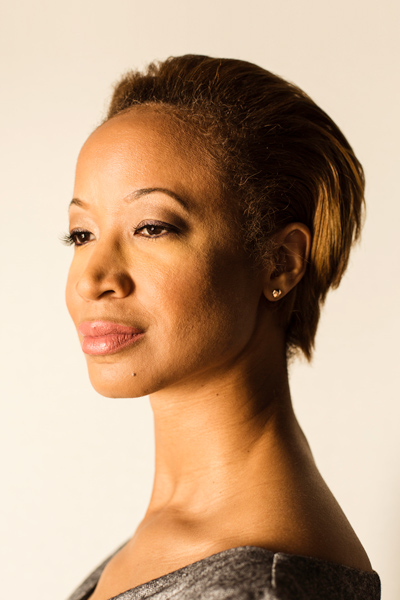 Mackenzie Phillips can’t be defined by one role.

In addition to serving as JLL’s senior vice president and chief corporate counsel, she is a fitness competitor, an adjunct law professor, a member of several nonprofit boards, and an ambassador for cancer awareness. Juggling so much in an industry that demands so much of one’s time is a feat in itself, but Phillips says the key to handling multiple tasks and giving each its necessary attention is to focus on one task at a time.

“When I do things, I go all the way,” she says with a laugh. “I’m trying to do a better job of not doing everything all at the same time, because then I’m not doing anything well.”

Her secret to doing multiple things well, she says, is that the breadth of her experience can be leveraged to develop herself into a better lawyer.

“I never thought I would need to be as nimble and agile in my role as I’ve needed to be,” she says. “It was unexpected, but it’s also something I really thrive on. . . . It enables you and tests you. You see what you’re made of.”

The method appears to be working. In September 2016, Diversity MBA magazine named Phillips one of the “Top 100 Under 50 Executive Leaders.” The same publication also singled out JLL’s diversity program—of which Phillips is a strong champion—for recognition, ranking it number eight in its “50 Out Front: Best Places to Work for Women & Diverse Managers” list.

In a sit-down interview in JLL’s Chicago office, Phillips spoke to Modern Counsel about some of the facets that fill her day and make her the agile attorney she is both inside and outside of the office.

In addition to overseeing aspects of JLL—which include SEC reporting corporate governance, and entity management—Phillips is involved in JLL’s “Project Hancock,” a joint effort with key IT leaders to implement an enterprise-wide electronic signature tool.

“While this is a selfish part of the rollout of our new electronic signature tool, the ultimate goal is to become a paperless legal department with a few important exceptions,” she says.

Going “green” on a more global basis with regard to signing documents could be a hallmark for the company—not only from a sustainability standpoint, but also in terms of improving both productivity and security.

“We thought it would be fantastic if instead of people trying to continue this multistep process of ‘get the e-mail, read it, make sure it’s okay, print the document out, take it to an admin who then has to coordinate with such and such person, then waiting’—we could just bring it down to a few quick steps,” she says. “The increase in security will be phenomenal. You can’t just go back into the software and change things in the PDF.”

Besides saving on paper and being able to recognize revenue opportunities earlier, Phillips says the project can also lead to freeing up people’s headspace.

“I think that’s one of those intangible benefits,” she says.

In addition to hte various boards she serves on and the work she does outside her role at JLL, Mackenzie Phillips also has found time to be an education ambassador for Bright Pink, a nonprofit organization focused on prevention and early detection of breast and ovarian cancer in young women. Shortly before joining the organization, Phillips says she discovered a papilloma, which was benign, but inspired her to promote early awareness.

“There’s a huge epidemic for black women in particular about early detection, because you’re approximately 50 percent more likely to die from the disease than white women,” she says. “Typically, by the time you find it, it’s grown-not to a point where you can’t have surgery, but it puts you in a worse off position.”

In January 2015, Phillips began serving as an adjunct professor with the Business Enterprise Law (BELAW) Clinic at John Marshall Law School in Chicago. The BELAW clinic represents individuals with limited financial resources who are starting or growing businesses and tax-exempt, not-for-profit organizations that serve low- and moderate-income communities. She participated in a similar clinic when she attended University of Michigan Law School, and jumped at the opportunity to provide practical lessons and guidance to students.

“As every lawyer knows, first-year associates in Big Law are proverbially thrown into deep water and asked to swim,” Phillips says. “More times than not, studies show that this system of ‘training’—which is not really a system at all—can have a disproportionate negative impact on both female lawyers and lawyers of color in large law firms. It is important to advocate for all students to achieve their full potential, including female lawyers and lawyers of color, through teaching them the critical lessons of authentic connection, clear communication, reflecting command of the subject matter, and above all, judgment.”

The subject matter she covers in the BELAW clinic ranges from soft skills, such as tailoring communication based on an understanding of a particular audience, to more technical aspects, such as writing and walking through the letter of the law.

It helps, of course, that students are eager to learn, but Phillips says the time she spends with students demystifying language and concepts also helps her back at the office.

“There’s no need to muddy up language or make subjects seem more complex when you’re explaining something,” she says. “The first time I presented to our board of directors, I knew I had to be brief and [that] falling into the comfortable lawyers’ practice of reading a deck word-for-word was a big no-no. There are so many things on the board’s agenda that you might have five minutes—probably four-and-a-half because someone might have a question. So you have to be concise, reflect your expertise on the topic, and be confident. I think a lot of those lessons have translated to that.” 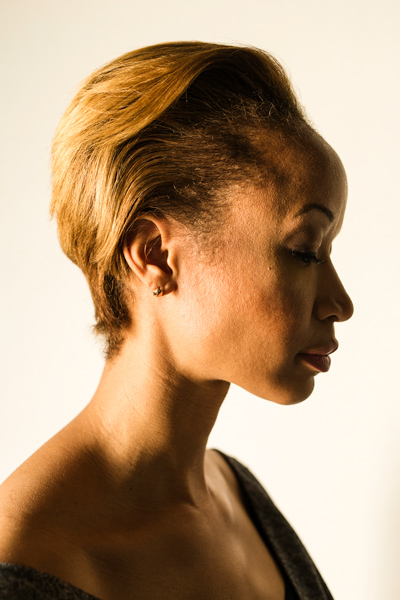 The work Phillips does in terms of ensuring diversity in the workplace goes beyond the awards she and the company received in 2016. She also serves on the board of directors for the Minority In-House Counsel Association and was nominated as a 2016/2017 fellow with  the Leadership Council on Legal Diversity.

At JLL, she says, the effort to maintain and encourage diversity is always at the forefront, and actions will always speak louder than words. At a Women’s Summit that JLL hosted in fall 2016, Phillips was impressed by then-CEO Colin Dyer’s candor toward diversity in the workplace.

“A lot of people talk the talk, but they definitely don’t walk the walk,” she says. “One of the questions to the CEO at the summit was, ‘Well, what if I get questions from my male counterparts about why I’m here?’ or ‘Why is this important, why are we being separated out for this event?’ There was a lot of chatter about it, but he ultimately said, ‘Just tell them to get over it.’ I thought, ‘This is pretty powerful.’”

Phillips adds that she was even more impressed to learn of JLL’s work toward tailoring diversity programs on a global level, and that the company doesn’t simply provide lip service to the issue.

“Diversity in the US is not the same as in France,” she says. “Issues for black women in the US are different from those for North African women in France. In addition, in India there’s a lot of violence against women. As a company, we provide cars to take women to and from work so that they’re safe. I had no idea.”

Nevertheless, Phillips says she isn’t surprised by JLL’s commitment not only to diversity, but celebrating its employees. In addition to providing employees with the opportunity to travel abroad and take international meetings, JLL also encourages its staff to be an integral part of the company-wide push both for diversity and further innovation.

“There would have to be an unparalleled amazing experience outside of the company for me to move, because this is the best role I’ve ever had,” she says. “It’s the best environment I’ve been a part of because I can be my authentic self, and that boils down to leadership.”