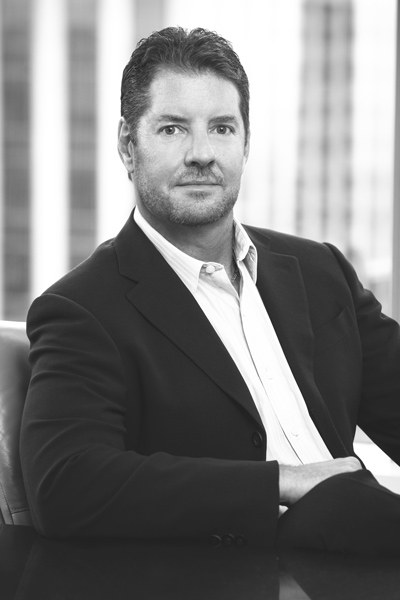 For nearly thirty years, Del Monte has been a company divided. On one end is California’s Del Monte Foods, which specializes in preserved foods in the United States. And on the other is Florida’s Fresh Del Monte, a producer, marketer, and distributor of fresh produce around the world and, since 2005, preserved foods in Europe, Africa, the Middle East, and the former Soviet Union. The two separate realms are the result of a corporate split after a variety of acquisitions throughout
the 1980s.

Since he started at Fresh Del Monte in 2006, Associate General Counsel Phillip Brazlavsky has overseen a series of litigations with Del Monte Foods. Many of these cases have stemmed from “the license agreements that we and Del Monte Foods live under, which are unique in certain aspects,” Brazlavsky explains, adding that he works with outside counsel at Skadden Arps to navigate the complex contractual and intellectual property issues that may arise.

“One of the more recent, noteworthy cases involved Del Monte Foods products that too closely resembled Fresh products,” Brazlavsky says. “We felt Del Monte Foods was trying to mislead consumers. We tried vigorously to reach a meeting of the minds with Del Monte Foods, but couldn’t, and that’s why we went to trial.”

After a successful litigation result, Fresh Del Monte took the opportunity to reevaluate itself and its product offerings. The company has been pursuing new innovations in “the produce category” to expand its range of product offerings in the food business.

These innovations include prepackaged products, such as a wide assortment of fresh-cut fruit and vegetable offerings, guacamole, and an upcoming line of “smoothie kits” that include fresh and nutritious ingredients.

But product development is not the only way Fresh Del Monte is growing. Brazlavsky is also deeply involved in the company’s increasing number of acquisitions.

“It’s opportunistic,” says Brazlavsky about the process. “We focus on acquisitions that fit what we’re already doing and will complement or expand it.”

Additionally, Fresh Del Monte is engaging with a number of joint ventures, particularly in developing countries. “A lot of the reason why we have joint ventures is to help with the ground work and adjustment to local requirements and tastes, as well as regional notions of the kind of products that we develop.”

Fresh Del Monte is a global corporation, after all. In addition to the Americas and Asia, it operates in Europe, Africa, and the Middle East, where it is currently rolling out one of its boldest new initiatives: retail food and beverage outlets. This is yet another example of a venture Fresh Del Monte has pursued, despite litigation claims against that it fought and ultimately succeeded. Brazlavsky describes the eateries as “something between Starbucks, Jamba Juice, and that of a casual gourmet café.”

“What’s great about these cafés is that they serve as a showcase to consumers who can then find these products at convenience stores or supermarkets,” Brazlavsky says. “That’s something we’re really focusing on—the way we market ourselves.”

“Marketing a banana?” Brazlavsky laughs. “It’s highly nutritious and the most consumed fruit in the US, but it’s not a sexy product. There’s not a lot to say that hasn’t already been said.”

That’s why Fresh Del Monte embraces voices from every generation. Employees in their twenties and thirties work alongside those in their forties, fifties, and sixties, which helps foster an approach that “embraces millennials and the ways in which millennials acquire information to complement conventional sales and marketing strategies that earlier generations are more accustomed to experiencing.”

Brazlavsky touches on social media as an example, and the various sweepstakes and design contests regularly held by the company. Fresh Del Monte even set a world record by gathering the most people in banana costumes in one place.

Ideas as fresh as these will be crucial as the company continues to evolve out of being primarily a produce business to a more well-rounded food and beverage company. The millennial mind-set is important in this particular aspect, too, as the younger generation tends to desire nutrition as much as it does convenience. As such, refocusing the company’s capabilities and competencies to develop innovative products and new channels to deliver those products to consumers in the face of litigation has been a major win for both Brazlavsky and the company. These products and delivery channels are the future, not just for Fresh Del Monte, but for the business as a whole.

That being said, it’s no easy task to merge the fresh produce business with that of packaged foods, especially when supplying multiple markets across the world. But Brazlavsky says “transition” and “evolution” are running themes at Fresh Del Monte to continually strive to meet the changing needs and desires of consumers.

“Litigation is not something that’s enjoyable,” Brazlavsky says. But sometimes, it facilitates entry into new business and market opportunities.