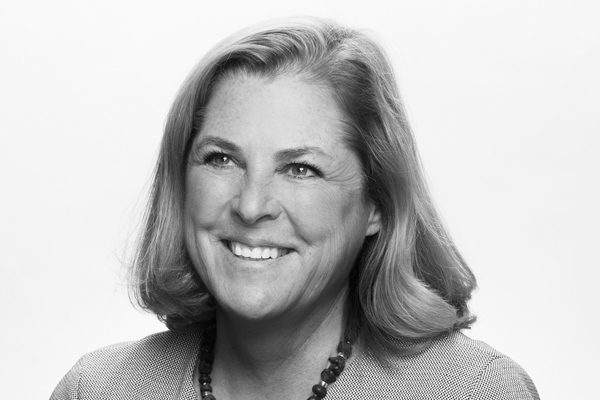 Connie Collingsworth has a personal passion for diversity within board leadership and is a frequent speaker on the topic. She currently sits on the boards of a publicly traded bank holding company and a regional health insurance company, as well as an international nonprofit focused on financial empowerment of women. Collingsworth sees a responsibility to utilize her voice to increase opportunities for women in corporate leadership. The in-house general counsel for the Bill & Melinda Gates Foundation spoke with Modern Counsel about the strength of different perspectives, the importance of networking, and the power of diversity.

How are board members traditionally selected?

I’ve both watched and been selected for boards by the same process: New members are typically appointed because they have a personal connection with someone in a position of power who will sponsor them. Boards are looking for a collegial, well-qualified person who asks hard questions appropriately and brings a certain skill set or expertise.

Is there a problem with that process?

Board members have traditionally been male CEOs or investors in their upper-sixties, and their pools of acquaintances often look just like them. The problem is that such a shallow pool limits diversity. For example, I am currently the only female out of a fifteen-person board, and in the last year, became the chair of the Nominating and Governance Committee. Our priority has been to increase diversity—of gender, age, ethnic background, expertise, etc.—but unless a conscious commitment is made to diversify, people tend to recommend others who are just like them.

“Women need to do a better job at raising their hands and telling others they are qualified and interested in serving on a board.”

What are some ways to deepen the pool?

A common barrier to gender diversity is the argument that there aren’t enough qualified “candidates,” as the assumption is that a qualified individual is a CEO. Because only 4.4 percent (twenty-two) of Fortune 500 CEOs are women, that pool is too narrowly drawn. My perspective is that here are plenty of qualified women with valuable skills if you look at other executives such as general counsels, CFOs, and chief technology officers.

General counsel seems like a natural place to look. Why don’t more boards do so?

There’s a particular challenge for lawyers because companies think that if they have a general counsel they don’t need a legal expert on the board. What these companies miss is that the job of the general counsel is to think through risk management, governance, and serve as a strategic advisor to the CEO, which is the same role that’s played by board members.

If there are plenty of qualified women, why aren’t more of them on boards?

Women often think, “If I do a good job, then I’ll be recognized for my hard work.” Men, on the other hand, tend to assert themselves and their success. Women need to do a better job at raising their hands and telling others they are qualified and interested in serving on a board, which is how I came to be on the boards on which I sit.

Why is board membership so important to you?

I enjoy management and corporate governance, and being on a board offers wonderful professional development opportunities for me. I was very proactive and intentional about positioning myself to serve on a board. I have found that I utilize things I’ve learned from each board meeting in my work as an executive at the Gates Foundation and that, similarly, I have insights from my working experience to share with the companies on whose boards I sit.

In what ways were you proactive in positioning yourself to serve on a board?

I attended an event sponsored by the Securities & Exchange Commission (SEC) called “Moving the Needle.” The SEC also produced a book with bios of all the attendees and sent one to every public company in the United States. The chair of the Governance and Nominating Committee at Banner Corporation was flipping through it, saw my picture, and recognized me. He had previously been a board member of a company I represented when I was in private practice eighteen years earlier. He was trying to increase diversity as well as looking for a person with expertise in mergers and acquisition.

That’s a great example of “raising your hand.” How would you advise others to do the same?

Networking is crucial. I specifically encourage women to join supportive organizations, go through training, and to not limit themselves to just networking with other women. It’s important to think back through your career as you look through lists of current boards—you will probably be surprised by the number of connections you have. It’s important to let your network know what opportunities you’re looking for, and to finish every conversation by planting a seed. Board vacancies are rare (there were only 376 independent directors added to S&P 500 boards in 2015), so you need to make sure your name is on the potential candidate pipeline.

Are there specific resources you’d recommend for women looking to join a board?

I highly recommend Thirty Percent Coalition, 2020 Women on Boards, and Women Corporate Directors (of which I am a member). There’s also DirectWomen, a nonprofit that promotes female lawyers to be board candidates and is a spin-off of the American Bar Association. The DirectWomen Institute helps women network, write their elevator speeches, and present themselves as seasoned C-suite executives rather than attorneys. I went through their training myself and am currently active in the organization and serving as chair of its Honoree Committee.

Why do you have such a vested interest in board diversity?

Diversity is not only important for boards, but workplaces in general. I’m very proud of the wide diversity of the teams I manage at the Bill & Melinda Gates Foundation. We want our team to be as strong as possible, and we gain lots of strength from different perspectives. In the same way, without diversity in the boardroom, the right strategic questions may not be asked and innovative disruption or digital opportunities may be missed. A homogeneous group may be brilliant and successful, but without diversity they’re unlikely to stay on the cutting edge.