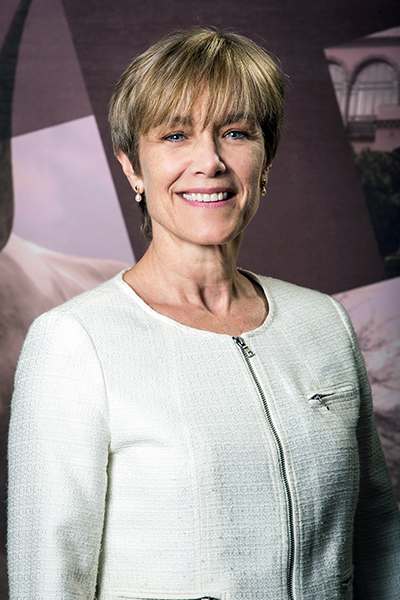 CHRISTUS Health was founded because one Catholic bishop wanted to care for people suffering from cholera, yellow fever, smallpox, and other epidemics in  Texas in the 1860s. The bishop requested help from the Order of the Incarnate Word and Sacrament in France, which eventually led  to the creation of a health-care system and, in the 1930s, a nursing school in Mexico.

Modern Counsel: Where is CHRISTUS?

Nancy Le Gros: In the United States, we have approximately sixty hospitals and 175 outpatient facilities in six states. In Latin America, in addition to nine hospitals in Mexico, we are now joint owners with Pontificia Universidad Católica of a health-care system in Santiago, Chile. We are in the process of implementing a new agreement with Coomeva Cooperativa Medica in Colombia for joint ownership of several insurance plans, two hospitals, and a large number of ambulatory centers.

NLG: Health care, in general, is less regulated than in the United States, especially relationships between hospitals and physicians. But outside of health care, there are other significant issues that we have to adapt to.

Our US tax-exempt status doesn’t have a direct equivalent there, and we have to adhere to other accounting differences, like value-added taxes, as well. Mexico, Chile, and Colombia are also civil law jurisdictions, unlike the United States, which is common law. So there is no body of case law to refer to for a given issue, like determining negligence, even though professional liability litigation is less common there.

Outside of health care, a civil law foundation creates other differences, like the hipoteca, which grants no immediate rights to the possession of property in a mortgage default situation, but rather only a right to the proceeds after judicial sale. Promissory notes are very different, too. They’re not based on the relatively simple terms of the Uniform Commercial Code, but are influenced by esoteric Italian doctrines that protect creditors only if the document is strictly within those particular legal parameters.

All of this would be old hat for long-established multinational companies, but as a Catholic health-care system, addressing these sorts of differences has been an enormous undertaking.

But we have received tremendous support from outside counsel, the Carey firm in Chile, Brigard and Urrutia in Colombia, and from our international general counsel, Horacio García-Masi.

MC: How have you adapted to differences in the business cultures of North and Latin America?

NLG: I’ve learned that jumping straight into the business issues in a meeting would be considered extraordinarily bad manners. You first ask how the family is doing, share a meal while talking about anything but business, and only then have you laid the foundation for a cordial discussion about business points.

I’ve also been extremely humbled and impressed by how gracious our partners have been in accommodating my embarrassing lack of Spanish language abilities. I gave up thoughts of learning when I realized how difficult it is to draft documents in two languages that accurately reflect the agreements of the parties. Given the idiosyncrasies of the English language, just the differences between prepositions like “to” and “against” can be confusing even for the highly educated and experienced professionals we work with.

MC: Do you have any expectations about the future of managing health-care plans in Colombia?

NLG: That partnership is so new that it’s difficult to make any predictions yet. But I can tell you that there has been a recent legal change there that makes health care a constitutionally-protected right. Patients can seek relief in court if their insurance plan or the national health system doesn’t cover their illness or a specific procedure. In both Chile and Colombia, as people move into the middle class, they’re interested in getting the best possible coverage. One thing I have observed even at this early stage is that coverage provisions in Latin American insurance plans may even be more complex than in the United States.

“We have to work toward those goals gradually, but they all contribute to helping our partners operate more efficiently and to keeping the populations they serve healthier.”

MC: Are clinical changes among your objectives in your Latin American partnerships?

NLG: The United States has the most advanced health care in the world, so as part of our healing ministry, we want to offer professional management practices they might not have had before, like introducing electronic medical records to replace the paper files that are still prevalent. Once digital systems are in place, that will help support two other initiatives: developing metrics to measure performance and outcomes, and improving transparency and coordinated services for accountable care. We have to work toward those goals gradually, but they all contribute to helping our partners operate more efficiently and to keeping the populations they serve healthier.

MC: What has been the impact on your legal department?

NLG: Our previous experience makes it easier for us to expand in Latin America than it might be for other organizations. But we have had to devote enormous resources to getting up to speed with local laws and legislative agendas in the new jurisdictions where we are operating. There are also other factors, like inflation, currency fluctuations, and political environments that can change quickly and are somewhat less predictable than what we’re used to domestically.

Once we’re more firmly established in all of our locations and can begin focusing more on operations, then we can examine exactly what resources we need to get where we want to be.

From a Dare to Health Care

John Kim Invests in the Future of His Company and Community